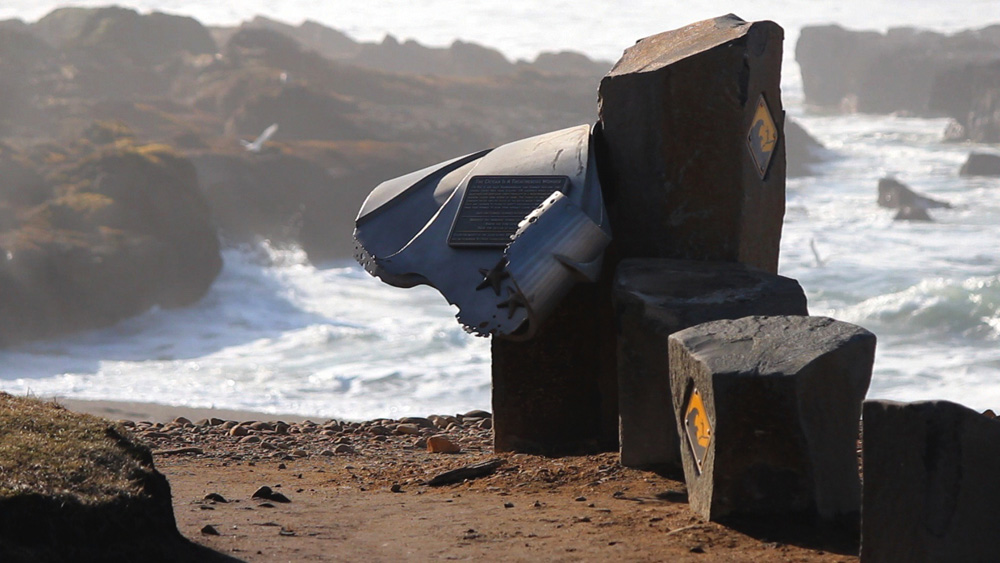 The bronze sea stars and text panel attached to the steel wave commemorate the lives of two beloved Eugene Area high school students who lost their lives at the site in 2011.

A community effort inspired the creation of this marker. It is intended to serve as a warning and educational opportunity of the dangers of high tides and sneaker waves.

The stone columns were fitted and installed by sculptor Lee Imonen.

On Feb. 5, 2011, Jack Harnsongkram and Connor Ausland, two young men from Eugene, Oregon drowned when a nearly waist-high sneaker wave swept them off of a rock bridge into the narrow chasm north of Smelt Sands State Park.

As a result of this tragedy, parents and other community members formed a committee to establish a Coastal Safety Marker, which Ellen sculpted, to heighten visitors’ awareness of the dangers along the coast. 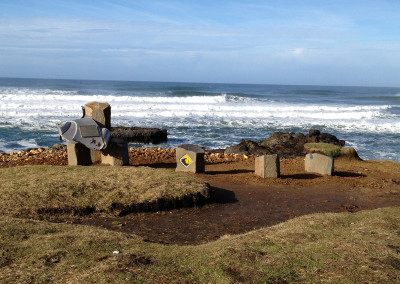 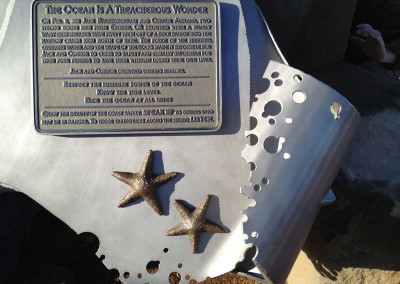 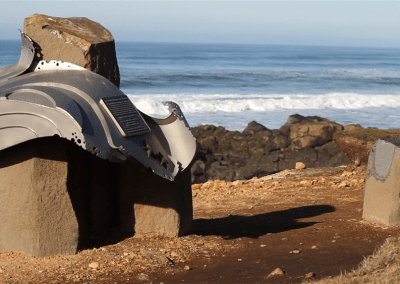 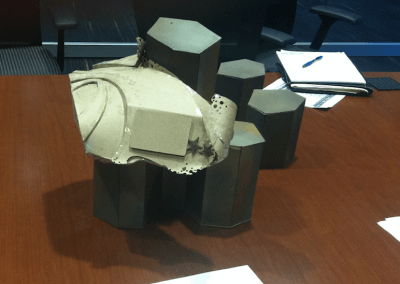 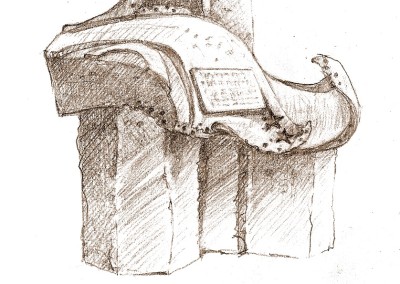 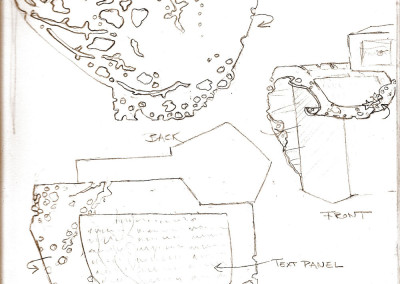